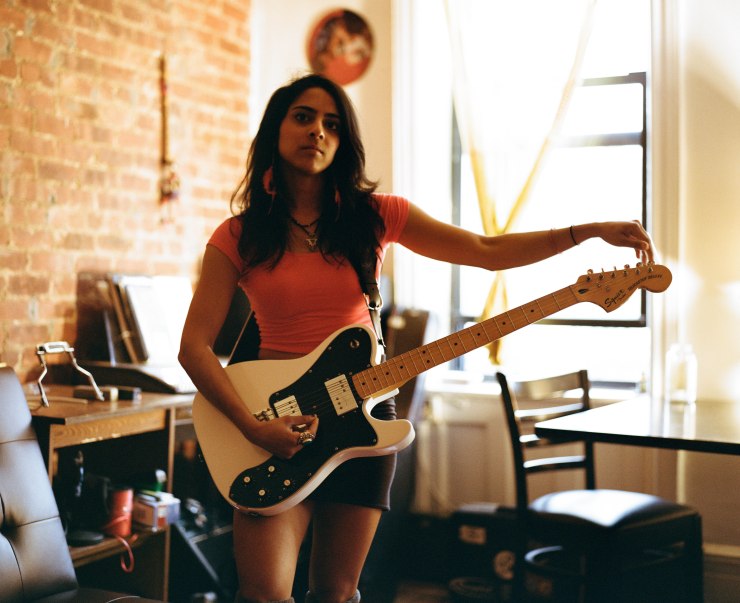 ML – So, I’m now working on my solo stuff – my first solo album, which I’ll be putting out, at least various releases from it, this summer. It’s all music that I started writing last year, throughout 2015. So they’re all songs from that. A lot of it is culled from a lot earlier than that – a lot of the lyrics at least.

EF – Is that how you usually do it – lyrics first?

It’s funny, it’s sort of like taken a switch for me recently. I used to pretty much write lyrics first always. A lot of the time, I’d be writing lyrics at my job – just jotting things down in a bathroom. A lot of my songs were written like, I would run to the bathroom while I was at work, especially when I used to work in fabrication, my job was to spray and sand the shit out of everything all day long. It would get pretty tough on your lungs after a while. I mean, you wear a mask and stuff, but I’d run out into the hall – there was this long, cold, cement hallway where the bathroom was – and I would just run out there and get fresh air and quickly say some lyrics that I had in my head into my phone, or sing them or whatever. So that was sort of how I had been doing it for a while. Just lyrics first.

And then over time I realized I think I write better songs when I write the music first. Like, it depends, obviously. But I think that when I write the music first, I tend to take less time writing stuff. And the less time I take writing a song, the better a song tends to be, because I tend to overthink things all the time. So that prevents me from overthinking. Sometimes I’ll give myself a window, I’ll be like, “I have to leave in like 20 minutes and I’m not going to take longer than that to write this song,” and then see what happens. A lot of the time, it ends up being better than if I spent two hours on it. But then it’s taken two hours of marinating in whatever – in the space that you’re in – to get that idea. So you’re allocating your time differently is all.

For my record, most of the songs were written on acoustic. I would say pretty much all of them minus two of the songs, which I wrote on the keyboard…But yeah, I mostly write on guitar, because I’m not much of a piano player. Although, I think that, what’s funny is that most of my songs end up being more piano songs. I think that’s often the sound I have in my head, I just don’t have the facility on piano yet that I do on guitar. 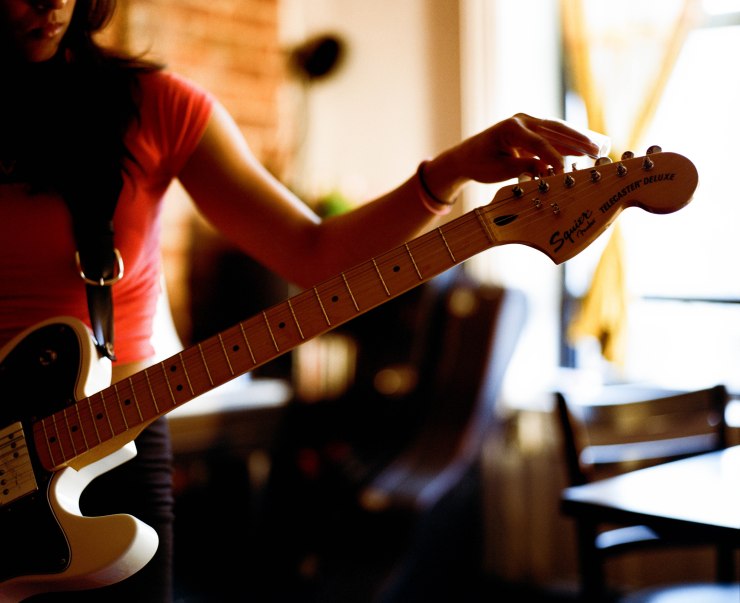 I started writing songs pretty late. Literally last year was my first real year of writing songs. I feel like it’s been a fast track learning curve kind of a deal. When I started writing songs, I wrote a lot, because I had all these ideas that I didn’t have an avenue for before, when I was playing in other bands and being a sideman. But when I first started writing songs, a lot of the stuff that I wrote was not even in song form, a lot of it was basically just prose. Just pages and pages of imagery, various things. It depended on what I was reading or watching at the time. I had a big Hunter S. Thompson, Ralph Steadman, that whole gonzo scene time, so a lot of the stuff that I wrote was in that vein. It’s funny to think about now, because my record doesn’t sound like that at all.

So a lot of the stuff that I wrote was not even really sensical and not even song format. But at the same time, I think a lot of that stuff hasn’t gone away…I’ve been figuring out more how to reorganize that imagery and all the things I was writing into actual songs that are listenable. Which is cool, it’s a hard thing that I feel like I still haven’t figured out how to do. But it’s a cool challenge. I still keep a lot of the old shit that I had written, just free-form stuff that I’d written like three years ago, just to have.

I would never throw that stuff out. I swing between being a pack-rat and keeping all that stuff and then throwing everything out, but when it comes to that kind of stuff, I know I’ll regret it if I throw it out, so.

And you might look back at it someday and be like, “Oh, I want to use this.”

When I started playing in a band – I came here in 2011 and I cold solicited people. I didn’t know that many musicians in the city at all, so most of my meeting people and joining bands and stuff, I just went out and made friends with people that i thought it would be cool to play with. And I eventually started playing in a bunch of bands.

And you quit a bunch of bands last year to start your own thing, was it a conscious decision?

I didn’t sit down and think, “Oh, I’m going to start my own project, I’d better quit everything else.” It was more organic than that. In both of the bands that I was in, it just wasn’t really me. I got a lot out of them in different, interesting ways, especially in the mariachi band – that was a huge part of my life, it was my first time that I was able to call myself a professional musician. That was for three years and change, I got to taste what that’s like and learned a lot from it.

But ultimately the connective tissue in quitting all of those things was that they weren’t my projects, and I had so many ideas that I felt like I was sitting on for so long, and didn’t really get to fulfill. So then when I started writing stuff early in last year, I was like, “Why didn’t I do this before?”

I was playing in a band with this guy who was a longtime guitar player, he’s been around the block, he’s like 60 now or something. But he’s the biggest gearhead ever. You go to his house and he has this closet where you open it and he’s like, “Don’t go in there!” And in slow motion all these guitars fall out on you. But I had sort of wanted to – and this is the first guitar I ever bought, actually – I had actually wanted to buy one of his guitars off of him, because he has a lot of cool ones that have been sort of retrofitted and fixed up by friends and have kind of cool quirks to them. He just doesn’t want to part with any of his. But he said he had this buddy down in Bay Ridge, and he said, “We can drive down there one day.”

So we drove down there, and he had this kind of broken-ass car, and he was driving me crazy, screaming at people. We get to Bay Ridge, and it’s like his friend’s small shop, and he was like, “I’m going to hook you up with a cheap guitar.” It was my first guitar ever, I didn’t want to spend that much money on it, so that’s how I got this guy.

I knew I wanted a Tele from the get-go because I love the twangy, tart sound that it has. I was really fixated on that. And when I played it, that just became – it has just changed the way I played naturally, because it was the first guitar I ever really played. I played that before I played an acoustic.

Most of my guitar playing comes from my playing in Doolittle Family, and I’m playing more lead in that band. So then, when I started working on my solo stuff and playing acoustic, I was like, “This is so much more difficult than electric for me,” because I’m so used to that. But yeah, that’s how I got that one.

So you just started playing guitar when you bought that?

Yeah. So in a lot of ways, even though it’s kind of cheap and shitty – I mean, it sounds fine – but if I were to get a different Telecaster down the road that was nicer or something, I feel like my emotional connection to this guy would still be more. Just because it marked a change in time for me, a change in life too.

The acoustic is actually from the 70s, from [boyfriend and Doolittle Family bandmate] Hess’s mom. Flown from Texas…All these guitars have names, too. They’re all various combinations of Hess’s and my guitars, some of them we bought, but they’re all named after “Sopranos” characters. This [acoustic] is Carmela.

Well actually, the joke was that, this guitar was mostly in open D for a while, and we were like, “Who’s a simple character? Like straight up vanilla?” So this one became Carmela. This [Telecaster] is Junior. I can’t remember what the seven string is. The other acoustic that we have, that we play out more, is Artie – I think the seven string is Paulie. The ones that really worked out though were Sil and Tony, like “Silvertone.” Anyway, that’s really dorky.

That’s not that dorky! I’ve never been able to think of good names for things.

I don’t typically, but we needed a way to differentiate them. And it’s actually been really helpful. It’s second nature now, it’s like, “Did you bring Tony?” and people listening are like, “What? You guys are rolling with a lot of people to your gig.”

Maya Lazaro plays her own music and in the band Doolittle Family. She was photographed at her home in Ridgewood, Queens, in the afternoon on March 12, 2016.